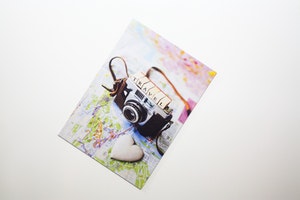 As I lie here in the hotel room on a King-sized bed against many fluffy pillows and after taking a very relaxing bubble bath in a whirlpool while watching House of Cards on Netflix from my laptop, I began to reflect on my weekend.  After a couple of stressful weeks on the job and unsuccessful dates, I decided to find something that involved creativity that would make me feel good and relieve my stress.  So, I decided to take a weekend staycation.   I purchased tickets to two events for Friday and Saturday evening that was in a nearby city – only 1 hours away.  A staycation is a vacation spent in one’s home country rather than abroad, or one spent at home and involving day trips to local attractions.  Let’s see how you can put together your weekend staycation.

Since I have subscribed to many groups and businesses email lists that share the same interest as I do in the arts, I am notified about upcoming events.  I found a live musical event and comedy show hosted at the same venue.  Each of these events required tickets purchased in advance and you could select your seating.  Next, I would find a hotel at which I’m a rewards member that was within walking distance or a short ride at which I could catch an Uber or Lyft.  Getting picked up and dropped off at the door of an event is so relaxing to me.   You don’t have to worry about driving, parking or weather.  As for the hotel, I checked to see if I had enough points for a free night – I did!  I haven’t left yet and things are looking good.  I’m feeling better already.

After checking into the hotel, I asked for a list of the restaurants that were in walking distance.  Also, ask about room service hours just in case you don’t feel like going down to breakfast after a great time the previous evening.  It’s good to have some snacks and juices or drinks in your room during your stay.  The first evening event was a night of Motown Tributes to musical artist like Stevie Wonder, Smokie Robinson, The Supremes, Marvin Gaye and many others.  It was an awesome show!  Mission accomplished – had fun and sung the stress away.

After a good breakfast, I had all day to do whatever I wanted before the next event.  Yes, I did make it down to breakfast.  I decided to continue my binge watching of “House of Cards” on Netflix.  Hey, I know I was on a staycation but remember you want to have unplanned event time to do whatever you feel.  After watching a few episodes, I walked to a nearby restaurant where I could sit on the roof top and enjoy the weather and people watch.  In preparation for the evening event, I decided to take a nap.  My body seem to be requesting more naps these days.  I want my body to be happy with me because I have a lot to do in this life.  After a good 1hr power nap and getting dressed for the event, off I go in an Uber to….drum roll please…. a Comedy Show!  Now, we all know laughter is good for the soul.  The comedy show had me laughing so hard I had tears in my eyes.  The after party was at a nearby spot that had live Reggae performances. Mission accomplished – had fun and danced the stress away.

Day 3 Winding Down Your Staycation

After waking up much later than I had planned, I realized I did miss breakfast and I wanted to have a SUNday Funday.  So, I decided to go see a movie at a historical theater in the same town, treat myself to a little jewelry shopping and a nice meal at a French restaurant.  After arriving back at the hotel on my final night, I decided to take a relaxing bubble bath and before bed share my experience with you in this blog post.  Now, it’s time to say goodnight.  I’m feeling refreshed and ready to face any new challenges that may come this week.

© 2016 QueenShe Visions All Rights Reserved
Design by SiteExecutivo
Scroll Up